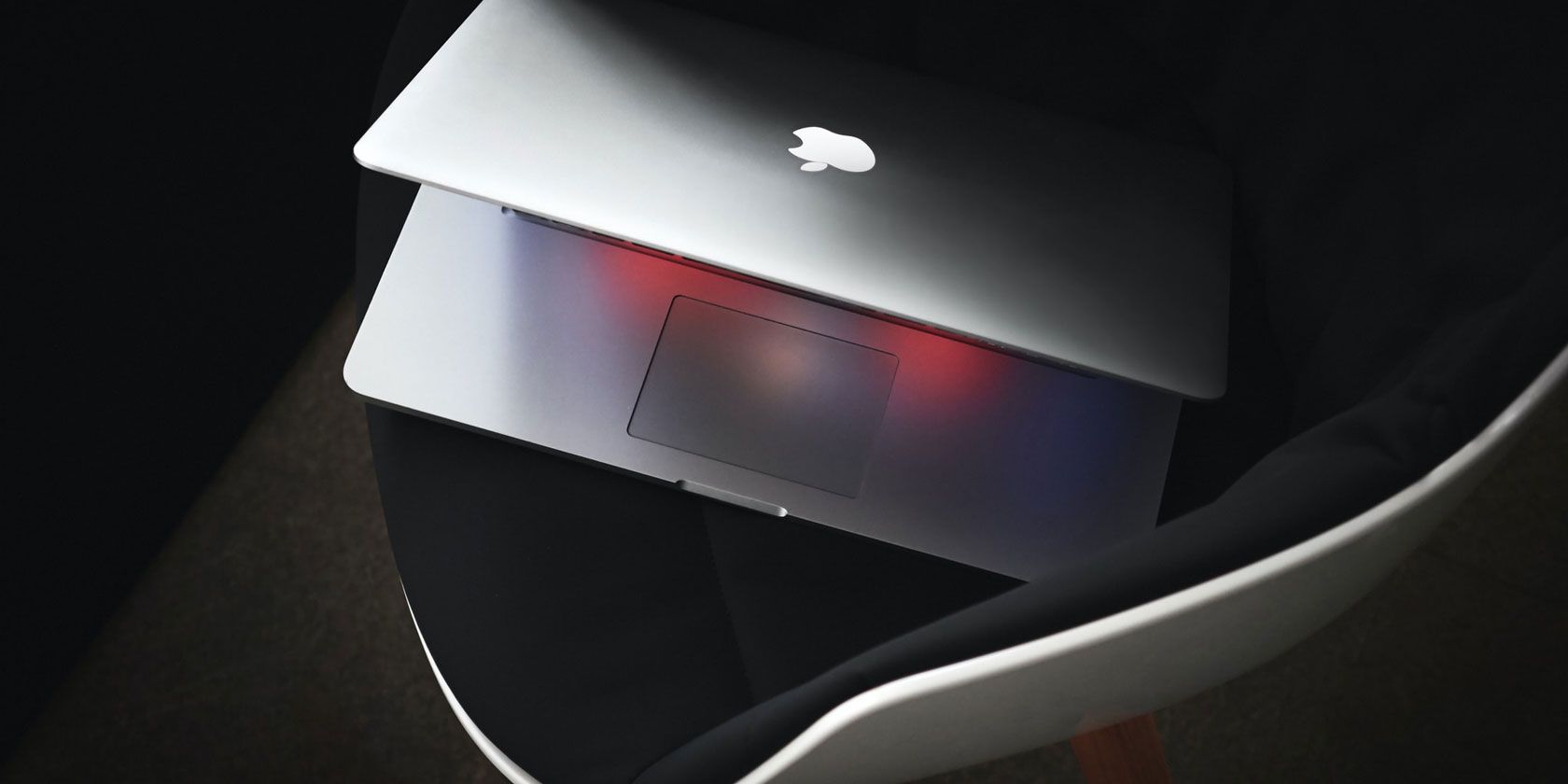 When Apple unveiled the first MacBook Pro with Retina display in 2012, it shipped with 256GB of flash storage at minimum. Nearly a decade later in 2020, the entry-level MacBook Pro still only includes 256GB of storage, unless you upgrade it.

Let’s examine why you shouldn’t settle for just 256GB of storage when buying your next MacBook.

The Unstable Price of Storage

A lot of the time, we expect the price of technology to fall as it becomes more prevalent. But in the case of components like memory and storage, that’s not always the case. Scarcity is one of the biggest drivers of price hikes in the tech space—think of how expensive video cards were during the cryptocurrency mining hype of 2017 and 2018.

Though the price of SSD storage has fallen overall during the last decade, there have been some notable price hikes too.

After prices plummeted in December 2016, some manufacturers hiked prices by high percentages at the start of the following year. Price rises can be attributed to shifts in manufacturing techniques, increasing raw material costs, demand for components in other industries, and freak weather events like the flooding in Thailand that occurred in 2011.

Has Apple been hit by the volatile price of computer memory and SSDs? Sure. But the company has much more bargaining power with manufacturers than consumers and most retailers. This is likely why we’ve only seen small increases in iPhone storage (like a 64GB baseline taking over from 16GB and 32GB) rather than larger leaps in base storage for MacBooks (like moving to 512GB or even 1TB).

Apple’s high-end offerings (like the iMac Pro) come with a 1TB solid state drive as standard now, but these machines are extremely expensive. The iMac Pro starts at a staggering $5,000; hardly anyone needs that aside from creative professionals.

Meanwhile, an upgrade to a 1TB SSD adds $400 to the $1,299 you’re already paying for a 13-inch MacBook Pro. In spite of the cost, Apple should still provide more than a measly 256GB in its flagship laptop.

If you’re buying any model of MacBook and plan to use it as your main machine, buy a model with more than 256GB of storage. Even if you only double the internal storage to 512GB, you’ll thank yourself in a few years. Constantly juggling free space is miserable.

Generally speaking, MacBooks tend to last a long time. Apart from aging internals and a lack of some newer fancy features, you can conceivably use a MacBook for the better part of a decade before you need to replace it. It obviously won’t perform as well as newer models, but your purchase will last you longer than many other tech items.

The flipside of the oft-lauded reliability of MacBooks is that you might have to live with your choice of machine for longer than you expect. If you don’t have the money to upgrade the hardware, or you don’t see the sense in replacing a perfectly serviceable laptop, you’re going to regret opting for the smaller-capacity model.

As a main machine, your MacBook will host your Photos and iTunes libraries. This is where all your iPhone photos and videos are stored, plus any media managed or purchased through iTunes. While it’s possible to store some macOS libraries remotely to save space, it’s inconvenient. You’ll have to rely on plugging in external drives or network drives on your local network.

If you don’t pay for iCloud storage and back up your mobile devices to the cloud, you should create regular local backups instead. These backups are stored on your computer in the

folder. Depending on the size of your device, these backups could be huge. Storing them elsewhere is one solution, but it also relies on external drives.

If you use cloud storage to sync your files from other machines, those could take up a lot of space too. It’s easier to have instant access to everything instead of constantly changing what you sync, but you need free space to do that.

Don’t forget to make room for your apps. If you’re a student who spends half your digital life in a web browser and the other half in a word processor, this might not be an issue. But if you’re a photographer with an Adobe Creative Cloud subscription, you’ll likely want to get your money’s worth by installing the apps you need. Apps like Premier Pro CC and Lightroom can take up several gigabytes each.

Finally, you’ll want space for the projects you’re currently working on. This could be your Lightroom library or somewhere to dump your video files while editing. If you’re working with high-bitrate video or another medium that relies on fast read-write performance, you’ll likely need to keep your source files on your SSD rather than an old external drive.

It’s always better to buy more storage than you need at the start than trying to upgrade at a later date. While you can increase your storage by replacing the drive on older models, most MacBooks from 2016 and later are not user-upgradeable.

The latest MacBook Pro models include soldered RAM, a glued-down battery, and a proprietary solid state drive which Apple does not make available outside its own channels. It’s possible we’ll eventually see compatible SSDs hit the gray market, but they likely won’t be cheap when they do. You also need to perform the upgrade yourself.

You can currently only buy SSD upgrades for MacBook Pro models made in 2015 or earlier. While this is a great option that’s cost-effective if you have a compatible machine, it has its own drawbacks.

Performing an upgrade like this yourself will invalidate your warranty and any AppleCare plans you’ve purchased. You could look at other methods of adding storage to your MacBook, but the latest models lack an SD card reader. This was the previous go-to method for adding a nice chunk of storage to your laptop’s capacity.

macOS Sierra introduced a feature called Store in iCloud. This automatically uploads files to iCloud, then when you run low on storage, keeps only recently opened files on your system so you can access them locally. This only works if you have enough free iCloud storage space once you’ve enabled the feature under System Preferences > Apple ID > iCloud.

Similarly, iCloud Photos offers to store your high-resolution photos so you can optimize local space with lower-quality copies. Subscribing to Apple Music provides access to some 30 million songs, while iCloud Music Library makes them available on all your devices. However, you’ll need a data connection to stream them.

The main reason most people buy more iCloud storage is to have enough space for cloud backups. This removes the strain of storing all your backup data locally. Apple’s 5GB free storage allotment has not increased since it introduced the service in 2011, despite its pushing customers further toward cloud solutions.

But even if iCloud is meant to pick up the slack, we’re still in dire need of more local storage.

When Smaller Is Better for MacBooks

If you already have a desktop or other primary computer, MacBook storage is much less of a concern. Not keeping personal Photos and iTunes purchases around might even boost your productivity. You can save money by opting for a smaller model, while relying on your main machine for storage-intensive tasks.

For everyone else wondering how much storage they need for their MacBook: consider how long you expect to use your machine and your storage requirements before you buy. 512GB of space is decent if you don’t plan to install big apps or keep huge photo/video libraries around. If you do, get at least 1TB. Otherwise, you’ll have to add more MacBook space by relying on external drives, the cloud, and network storage.

If you’re low on space and can’t upgrade your machine, see how to free up space on your Mac.

12 Unnecessary Windows Programs and Apps You Should Uninstall

Please confirm your email address in the email we just sent you.