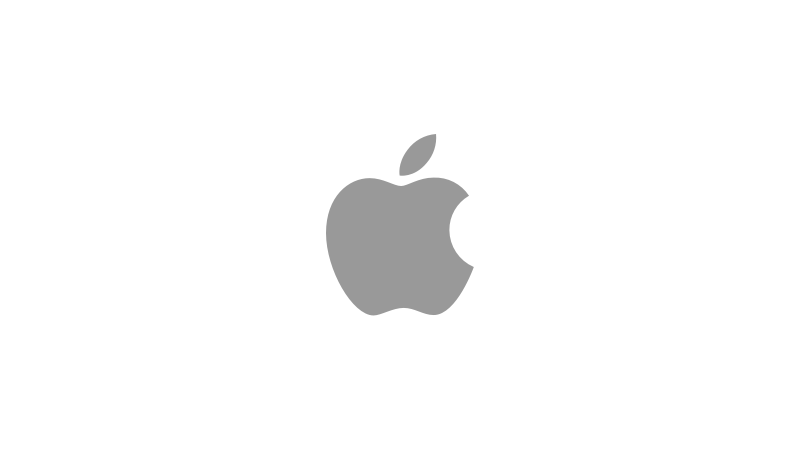 We now recommend every MacBook in Apple’s arsenal, however, differences between each model mean there isn’t a one-size-fits-all option. At the end of last year, Apple released a new MacBook Air and 13-inch MacBook Pro with a custom ARM-based M1 chip, the company’s first in-house SoC. The chip brought massive performance and battery life improvements to Apple’s least expensive laptops.

So what about the 13-inch MacBook Pro with four Thunderbolt 3 ports and the premium 16-inch MacBook Pro? They are still stuck on Intel processors until Apple releases a suitable Apple Silicon chip for them (rumors suggest a 12-core chip could be in the works). Each of these laptops has its own strengths and weaknesses so it’s important to determine which one is best for your needs before spending your hard-earned money (and Apple products aren’t cheap!).

Our MacBook Air vs MacBook Pro face-off will also help you decide which system is right for you, and our Apple Warranty Check instructions will tell you when your AppleCare+ plan expires. You should also read our macOS Big Sur review to determine whether a Mac is right for you in the first place.

What is the best MacBook?

From underpowered to one of the fastest ultrathin laptops around, the new MacBook Air with M1 is the best Mac for most people. It takes a familiar design and turbocharges it with record-setting performance and all-day battery life. Along with those speed and endurance boosts, the new M1 chip brings iOS and iPadOS apps to Mac for the first time ever. With M1, there is little reason to skip out on the MacBook Air.

What about the Intel-powered MacBooks that weren’t updated to M1 yet? Well, they aren’t completely irrelevant. So far, Apple only refreshed the MacBook Pro with two Thunderbolt 3 ports. If you need an additional pair of inputs, the company still sells the top-tier model with four Thunderbolt 3 connections. Again, it runs on aging Intel chips that don’t get the same performance or endurance as the M1 CPU.

Then there is the 16-inch MacBook Pro. Once the most powerful of the bunch, this monster doesn’t look as mighty now that the MacBook Air and MacBook Pro were given such a speed boost. That doesn’t mean it’s not a good laptop. It has a great 16-inch panel, amazing speakers and the most modern design of the bunch. And despite running on Intel, the battery life is great.

The best MacBook you can buy today

The MacBook Air with M1 has a lower starting price than the MacBook Pro yet deliver similar performance and battery life (Image credit: Laptop Mag)

The most affordable MacBook

View at AppleView at QVC

The new MacBook Air is the best MacBook for most people. This latest model demonstrates the capabilities of Apple’s M1 chip, which transforms the Air from an underpowered entry-level option to one of the fastest laptops on the market, period. It’s a complete turnaround for a laptop that was just barely getting by each year.

Best of all, the MacBook Air still costs only $999, and yet, you get unrivaled performance along with 14 hours and 41 minutes of battery life. This is a combination you’ll only find on the very best Windows 10 laptops, and even they can’t compete in head-to-head performance.

So why buy the MacBook Air instead of the Pro? While the Pro has better-sustained performance, the MacBook Air is cheaper and is pin-drop silent because it doesn’t have a fan. And, of course, Apple’s least expensive 13.3-inch model is the most portable, coming in at only 0.6 inches thick and 2.8 pounds.

But now the MacBook Air is closer to parity with the MacBook Pro than ever before. It has similar speeds and battery life, the same 720p webcam, a comfortable Magic keyboard and two USB-C ports. Also, the 13.3-inch, 2560 x 1600-pixel Retina display on the M1 model was improved with P3 color coverage, making it more vibrant than the previous panel.

Apple’s new 13-inch MacBook Pro is the best MacBook for most people because of its fast performance, relatively affordable price, and good keyboard (Image credit: Future)

The best Apple laptop for most users

View at AmazonView at Apple

This is the huge leap forward we’ve been waiting on. It is all thanks to the new M1 chip, Apple’s first-ever custom SoC for laptops. With the best power-per-watt performance of any processor, the M1 brings the MacBook Pro’s speeds and battery life to the next level.

More specifically, the MacBook Pro is more powerful than nearly every PC on the market, including some workstations. And despite cramming so much power into such a slim and sleek chassis, the Pro lasted for an outstanding 16 hours and 32 minutes on our battery test, which simulates real-world testing.

But wait. The M1 does more than improve speeds and endurance. With an image processing unit, the webcam (sadly, still 720p) is better than before and since it runs on Apple’s ARM-based architecture, iPad and iPhone apps are now available on Mac. Yep, you can run all your favorite iOS games and apps on your laptop now.

Rounding out the numerous enhancements found in the latest MacBook Pro is Big Sur, the latest version of macOS. The largest update since OS X launched a decade ago, Big Sur is a beautiful redesign of the desktop OS.

Everything else about the MacBook Pro should feel familiar. This is the same elegant design Apple has used for years and the Magic Keyboard is a pleasure to type on (and reliable, too!).

While it earned our rare 5-star rating, the MacBook Pro has a few shortcomings. There are only two Thunderbolt 3 ports and the bezels around the display are thicker than those on competing models. You’re also stuck at 16GB of RAM, although our benchmark tests show that limitation does little to stop this performance beast.

Apple’s latest product, the 16-inch MacBook Pro, is the best MacBook in year, but only power users without a budget should go with this one.  (Image credit: Laptop Mag)

The best MacBook for serious pros

With an improved keyboard, powerful speakers and a larger, more immersive display, the new 16-inch MacBook Pro — the newest member of the MacBook family — improves upon the now-discontinued 15-inch model in every way that matters. Yes, it’s larger and a bit heavier, but that hit to portability is forgotten once you get your eyes on the MacBook Pro’s gorgeous 16-inch, 3072 x 1920-resolution display, which is flanked by thin bezels.

How to choose the best MacBooks for you?

We have a separate guide on how to decide which MacBook is right for you. The TL;DR version is to consider how much power you need and what you are willing to spend.

For us, the MacBook Air is an easy choice. It comes in at $999 yet sports similar performance and endurance to the MacBook Pro thanks to its M1 processor. It’s also the most portable of the bunch, and the improved 13.3-inch display is great for watching TV shows or movies.

If you want a bit more endurance and better performance over longer periods, get the 13-inch MacBook Pro with M1. It lasts for a remarkable 16 hours and 32 minutes on a charge and scored benchmark numbers that blow away the competition.

It’s not so easy for us to recommend Apple’s other options. The 13-inch MacBook Pro with four Thunderbolt 3 ports and the 16-inch MacBook Pro are stuck with Intel chips that are less powerful than M1 and don’t support iOS and iPadOS apps. Apple is expected to release new versions with Apple Silicon in the coming weeks, so we suggest you try holding out until then.

How we test MacBook laptops

We put MacBooks through extensive benchmark testing — both synthetic and real-world — before they end up in the hands of our reviewers. We evaluate everything from speed and battery life to display brightness, speaker volume and system heat.

We use a Klein K10 colorimeter to detect the brightness and sRGB color gamut of a laptop’s display. For performance benchmarking, we run the laptop through a gauntlet of benchmarks, including Geekbench 4.3 and 5.0 and 3DMark professional graphics tests.

To determine real-world performance, we task the laptop to convert a 4K video to 1080p resolution and to duplicate a 4.97GB multimedia file. Our real-world graphics test is the Dirt 3 benchmark with medium settings and 1080p resolution.

We also run heat tests by playing a 15-minute full-screen video and our battery test consists of continuous web surfing over Wi-Fi at 150 nits of brightness. We consider everything over the category average (8 hours and 36 minutes) to be a good result. Of course, these tests are complemented with hands-on testing from our reviewers.

Round up of today’s best deals